The first part of our series celebrating Black creative leaders in Austin in honor of Black History Month.

Hermajestie is a performer, activist, and agitator who has turned Austin on its head.  In a conversation with Louisianna Purchase (the supreme queen of Austin and fan favorite on Netflix's Dragula), they discuss politics, performance as both confrontation and magic, and perhaps the most radical act of all - parenthood.

LOUISIANNA: For those in the community or in the wider world that may not be familiar with you and your work- how did you start on the road to becoming who you are now?

HERMAJESTIE: Well, what I do is I make white people uncomfortable, I consider myself to be a professional disrupter of white comfort usually through music, dance, pantomime, poetry, and storytelling. I dispel the myth of white superiority. I defy established gender roles and provoke sexual exploration. I explore the vastness of human emotion and exhibit vulnerability. I celebrate vulgarity, object to tyranny and disrespect authority. After which all of that I expect one hell of an applause!

L: Ab-so- LUTELY!!! Tell Me about your artistic journey. Did it begin as something performative? Was it visual?

H: I've been performing since I was four years old; initially I began performing in church productions. I was raised in the church. Terrible! Terrible! But I continue to develop as a singer, dancer, actor, writer and I just never really found my place as an entertainer. I was cast as the funny Black friend more times than I care to admit and I just wasn't finding my place. I wasn't feeling accepted or celebrated as an entertainer up until about a year ago. I started performing on the drag scene and drag allows me to explore myself and my art unencumbered by traditional standards of decency.

L: Exactly! I love that drag as an art form that acts an umbrella covering for so many different types of disciplines. Its visual, its oral, its live performance, theatre, and that is one of the really beautiful things about you is that when I see you perform, I go into a world. You definitely bring an atmosphere to the stage of welcoming people into your space. You immediately take over a space and make it yours and that's why I think I felt a connection with you because you definitely think of the whole package. The esthetic package, your presence on stage, and I really felt like a fellow art school artistic kinship with you when I saw you perform for the first time. How important is it to you to create an atmosphere on stage making the stage yours and your connection with the audience?

L: I hear you on that! Also the other thing I love about you is not only your command of the stage but your, for lack of a better word, cause I think its kind of a trite word but your bravery on stage. I sense no fear from you in your day to day life being an artist. How integral is that to your day to day life?

H: So, so, so important! That’s so f#$%ing crazy Louisianna that you said that!! Let me tell you why, because one of my mantras of something I live by is Nina Simone’s definition of freedom. Nina Simone defined freedom as the ability to live without fear and whenever I’m on stage I am without fear and I do strive to emulate that offstage as well. Not having fear and experiencing that feeling to be completely free offstage. That is a goal of mine that I am definitely working towards.

L: I also feel like not only as a performer but as a producer having worked with you, you definitely create a space that encourages that as well. That’s something that’s very important to have not just in a drag scene but in art in general; its to encourage that sense of freedom and no fear amongst yourself and amongst the people that you work with. Do you feel supported and do you feel a sense of freedom within your drag community?

L: That’s beautiful! It is important to have your people. I'm a firm believer in putting love and support to those who give you love and support and cultivating that and you know not only on a personal level but on a world wide level, a political level. Putting love into those who love you. Speaking of love you are in a beautiful relationship with another drag performer, Cisterwife…

L: You both create art together and produce shows together so I can image that art and drag is again part of your daily lives but beyond creating art y’all are creating a life together which is amazing.

H: Yes its so f-ing amazing we are very very very very excited!! Actually whenever we first found out we were pregnant I pissed on a piss stick as well just because I wanted to make sure the pregnancy test wasn't defective (laughter) I’m so excited.

L: The beautiful thing about the whole situation is now that the both of you will be growing with another human in your life. Art and drag are such integral parts of your and Cisterwife’s lives. How do you see having a child changing or working its magic into y’alls art?

H: I suspect that the spawn will be quite artistic themselves. I'm very excited to be a stage mom butI believe that this child is going to seamlessly integrate into our lives and its going to be beautiful. Im so f-ing excited. Like yes, so excited!!

L: Well I wanna send my verbal congratulations to you both that's going to be a beautiful spirit and I can't wait to meet them! I'll lead that into, what are your hopes for your future in drag and performative art? And what is your hope for your drag community as we enter 2021?

H –My goals for my drag are just to continue to exercise my freedom and continue to inspire others to seek their own personal liberation whatever that looks like. I get so happy when people on Instagram and Facebook slide in my DMs and they say things like they see the work that I’m doing, that they've been inspired by the work you know that’s what it’s all about for me. It’s not necessarily about me being celebrated it’s about the message being heard and propagated. My drag is just to continue contributing to cultivating safe spaces for Black and Indigenous and queer people of color and everyone who feels like they don’t have a place.

L: Aesthetically, what really inspires you? Because as far as looks go you pretty much do anything and everything.

H: Yeah, my looks are really inspired by my imagination. You know, I do like drugs so sometimes that inspires looks and performances. And sometimes I use performing to meditate or to practice magic or to invoke spirits and sometimes I honestly just dance around naked because I’m an exhibitionist and it turns me on.

L: Yes! As a practicing satanic witch herself I love that you mention magic because to me drag, as an art form, is practicing magic. You are completely manifesting a glamour magic right in front of everyone’s eyes. It’s glamour magic to me at it’s finest and you are absolutely manifesting a whole other reality, I love that you mention that because to me drag is a spiritual act in it of itself. Ugh I love it.

H: It is and very ritualistic and sacred. It’s a very magical experience and intentional.

L: Looking into the future and the state of the world, what are your biggest fears?

H – My biggest fear no doubt, is the systemic oppression, brutalization and genocide of Black people in America. This is nothing new, this has been on for centuries. This is domestic terrorism, because the most terrorizing element of it its all are so sporadic. You could be asleep in your house, you could be taking a job, you could be at a cookout, you could be going out for a drive and that could be the last day you see. And that is what’s so terrifying, because we don’t know who’ll be next, what they’ll be doing. It’s just a constant state of fear.

L - Yeah that’s just a very real statement. And you know, one of the things that chapped my ass the most about Trump’s whole regime is “Make America Great Again”. This country has never been great, because when you have the most radicalized white people, travel and take over a land. It began with them, it began with day 0 and it has never been addressed head on like we’ve seen in 2020 and into 2021. Where it’s a bold capital lettering right in front of your face. If you say it doesn’t exist, then you are living in a complete delusion. So I can only imagine, it being so much right in your face, how much that intensifies a fear that’s already there.

H – Absolutely and seeing the insurrection that took place at the Capitol. And seeing the way those domestic terrorists were treated in contrast to how myself, and partners and friends were treated at Black Lives Matter protests this summer. It just reinforced all the trauma that we endured this summer, but I think it’s just an illustration of the double standards that exist in this country.

L: How important is it for you to be political and to showcase your political beliefs in your drag?

H: Drag is very political. Just the concept of drag obstructs standard policies of personal expression. I believe that as a drag professional, we have a responsibility to embody progress. We are supposed to be purveyors of progress. So all these hoes that are sleeping right now with this Black Lives Matter movement. I got you screen shotted bitch, you ain’t shit.

L: Well, a lot of drag performers need to remember that drag is a political act. Because for so many years it was illegal to be dressed as the opposite sex you were born in. So yeah drag is political. If the personal is political, then taking politics out of art makes it frivolous, makes it nothing. So I’m curious, how does that statement resonate with you that all personal acts, artistic or day to day life are in essence political acts.

H: Absolutely, fuck yeah I believe that. And I also think that a lot of my art, I don’t intend it to be political. But we live in the United f-ing states of America where it’s literally political to say that Black Lives Matter. Things that are very practical are politicized here and it’s disgusting… I’m over it.

L: And you know for Black and Indigenous people, waking up in the morning, a very personal act, is a very political act in this country. You know everything that you do, down to making art, down to just walking, navigating life just becomes political. That is one thing that I praise you for, your performances have been stunning, very stunning, with very succinct messages. The way that you combine your art with your politics is a very beautiful thing to see, because there is no other drag performer in this city, I don’t know anyone around that is like you, that performs like you and serves like you. So I hope you know that.

H: I am still learning that. I am just coming out of that part of discovering my art where I was just trying to find my place, trying to find where I belong. And recently I just accepted that I don’t belong, so I’m just going to fuck it up. 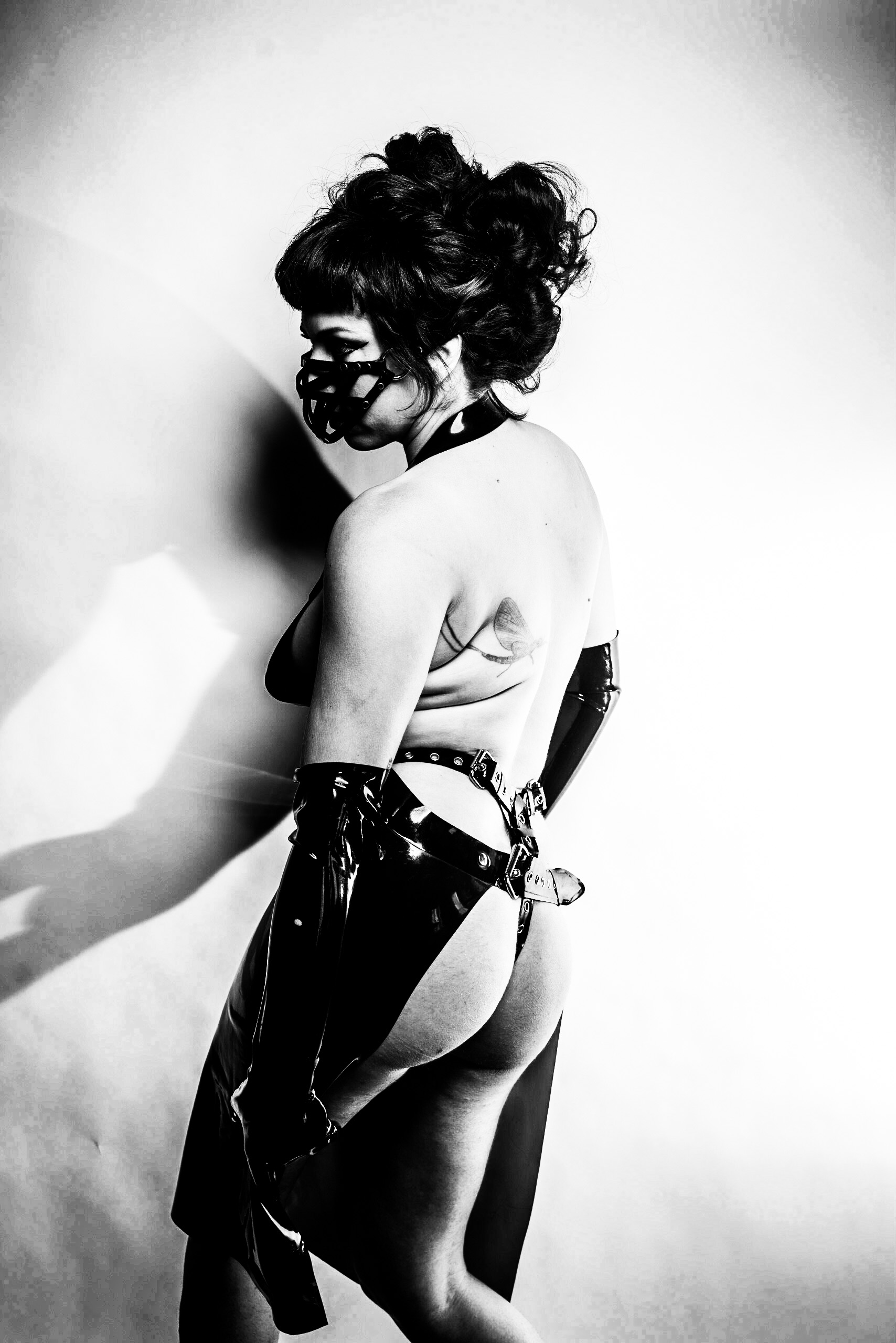 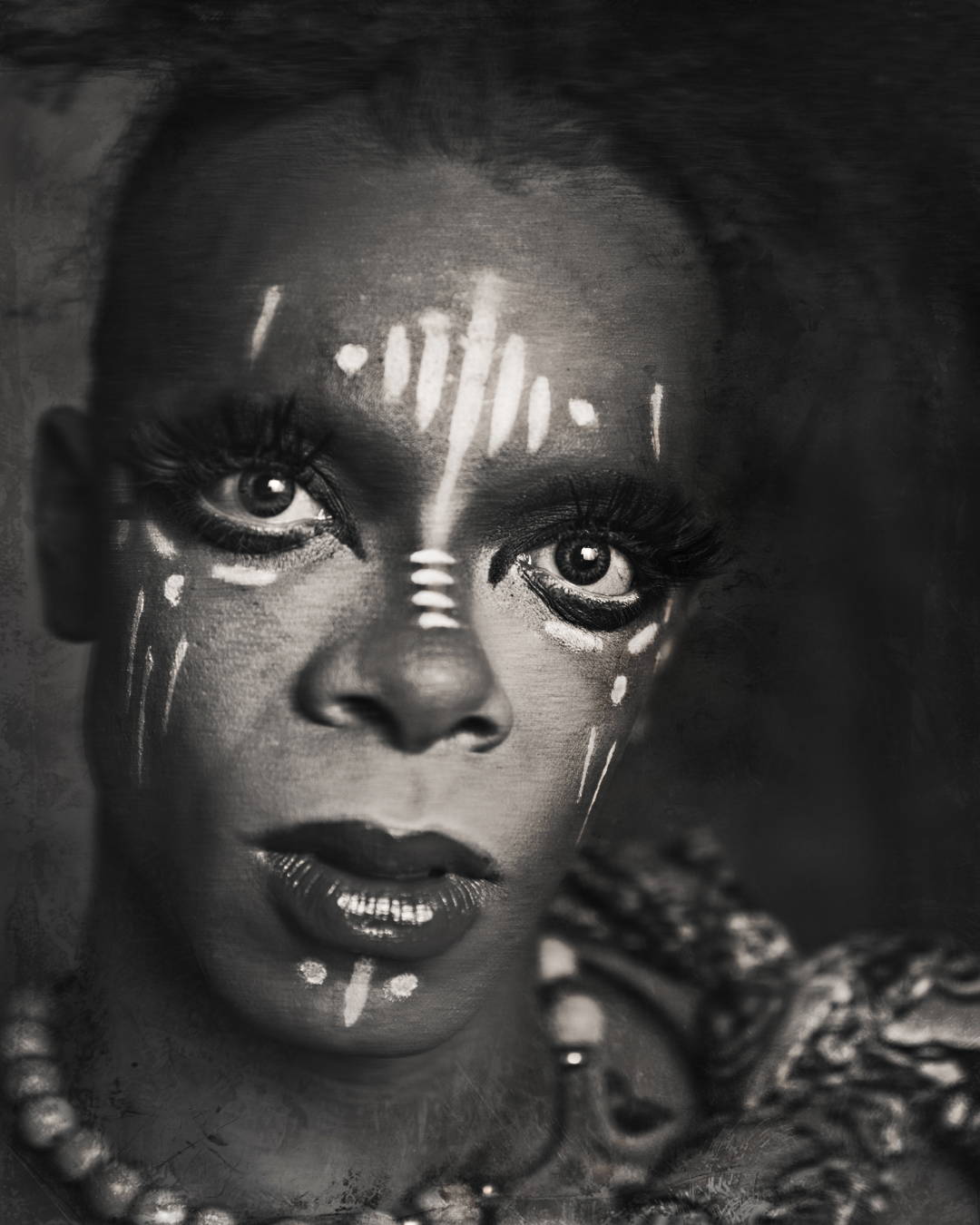